Angiolino Binelli and the organizer committee have remembered and thanked the control of IV Army corps of Bolzano, helicopters section, its commander and its pilots for what they have given to the alpine rescue and for all the times they have worked for a person in difficulty.The prize award, retired from the commanding officer Ruggero De Zuani, has been occasion for remembering the many proofs of courage, self-denial, sacrifice and ability in many operations, in landings at the limit of impossible in inaccessible zones.

The 4° Ale Altair Group is one of the Air Force units of the Army with the highest number of decorations. The Pinzolo alpine rescue has a debt of gratitude with all its men. Often, indeed, these pilots are engaged with the Pinzolo’s rescuer together for a only aim: to save a human life in danger. And in all the occasion there were wonderful demonstrations of courage, of public spirit, love for the others, devotion for who’s suffering. The IV Army corps’ helicopters and the alpine rescue teams with the doctor have worked everywhere: on the Adamello and the Presanella, on the Carè Alto and the Cavento, but the most part of the operations are on the Brenta group. 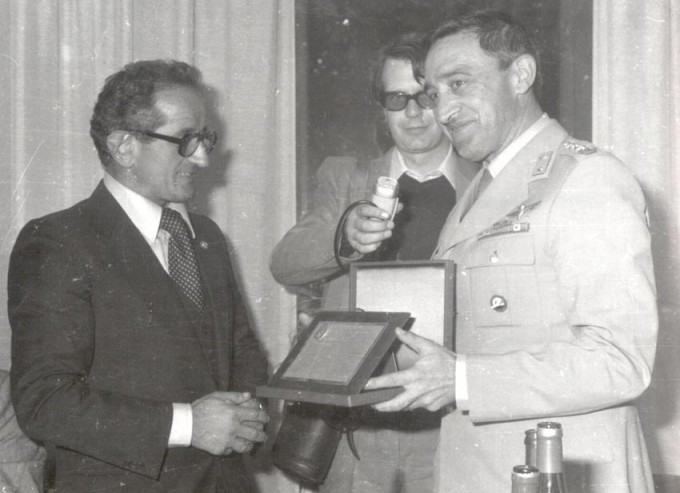 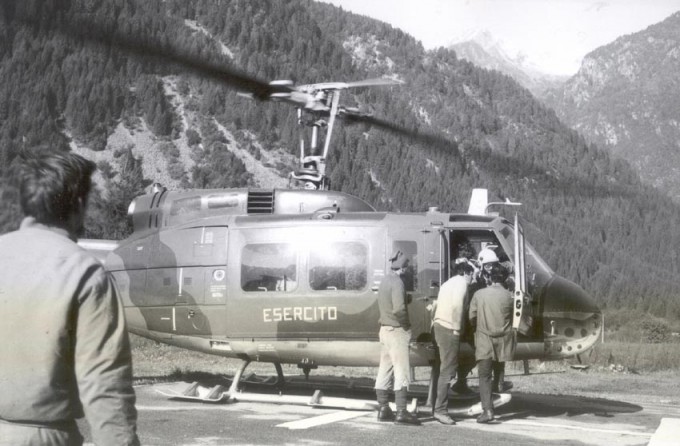