The 33 ^ Silver Plaque Award, symbol and testimony of Alpine Solidarity, this year, has been assigned to His Holiness John Paul II,The Holy Father, tireless, tenacious and inspired witness of the Word of Christ which finds its highest expression in to give one’s life for others, a man of deep feelings and fondness for  the mountains..  The mountains express the values of solidarity in those who live it daily;   the  brotherhood that it has always preserved and transmits in the respectful and sacred silence of its spirituality. The choice of the organizing committee of the Pinzolo International Alpine Solidarity Award, a laborious and thoughtful choice, wants to be both a recognition of the contents of the Christian message interpreted by the Pontiff, on which the ideal of those who work in alpine rescue is based, and a thanks to Carol Woityla for the attention and preference for these mountains of ours, elected twenty years ago at the theater of her historic meeting with the unforgettable President Sandro Pertini, for the warm embrace, full of affection and esteem, between a great secular spirit and the Voice of faith and hope in the name of peace. On the snows of the Adamello, His Holiness returned in 1988 to bless the granite altar erected in his honor; From December 31, 1999, Cresta Croce became Punta Giovanni Paolo II.

The Silver Plaque was delivered on September 25 in the council hall of the Pinzolo Town Hall, at precisely 12 noon.

In the impossibility of receiving it directly, the Pope delegated His Eminence Cardinal Crescenzio Sepe, who celebrated Mass in the archpriestal church of San Lorenzo for the people of the mountain.

Cavalier Angiolino Binelli, creator of the Prize and chairman of the organizing committee, “miraculous” after the serious accident that occurred two years ago, which he already personally knew John Paul II while remaining shaken by his human office and his sensitivity, was happy that the Pontiff accepted the recognition and could thus write his name on the gold bulletin of the event, born to recognize gestures of solidarity, often simple and silent, widespread among mountain people, and to affirm those millennial values ​​without fear who support love of neighbor and yearning for peace.

In addition to the silver plaque, a gold medal was also awarded to the family of Dr. Giovanni Ugliengo, a noble figure of the Cuneo doctor who fell and injured himself during the search for a French climber in the Monte Gelas massif on September 16, 2003, at which France paid the Legion of Honor. Special recognition was offered to the president of the National Alpine Rescue, which celebrates 50 years since its foundation, and a mention to the priest Don Rinaldo Binelli of Sant ‘Antonio di Mavignola for a life dedicated to the mountains.

In recent years the Prize has become one of the most important and significant events in the valley and is deeply felt by the local population. Also for this appointment, elementary and middle school students from Pinzolo and Caderzone were involved, through the organization of meetings and debates.

The 2004 edition ended in Rome on 13 December with a suggestive meeting at the Quirinale, on the occasion of the International Day of the Mountains, in which the President of the Republic Carlo Azeglio Ciampi wanted to give the President of the Committee Angiolino Binelli a parchment of gratitude. 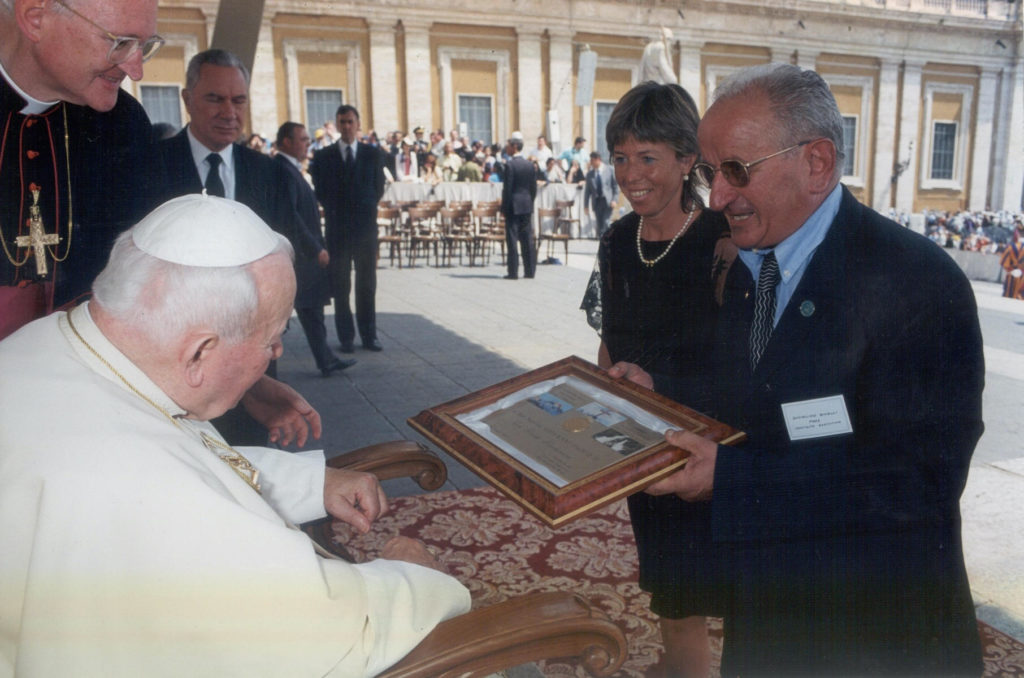 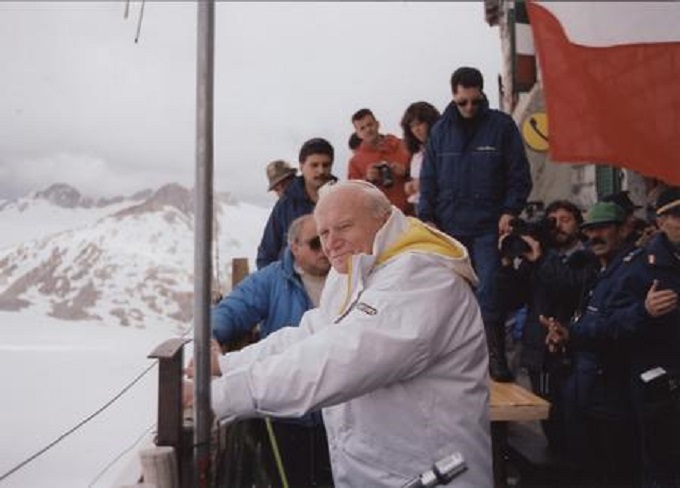 Photos of the 33rd edition

Videos of the 33rd edition