Solidarity in the mountains, characteristic of people who live in an environment lacking in resources, but rich in humanity, has no boundaries, embraces the whole planet. The International Alpine Solidarity Award, now in its 36th edition, testifies to this concretely. After assigning the silver plaque to men of extraordinary, heroic generosity, protagonists of relief to the limit of the impossible, and belonging to the most diverse nations, from Alaska to Romania, he chose this year Yang Forest, a forestry agent from Dali County, located in the Chinese province of Yunnan, on the border with Tibet. This was decided by the Committee chaired by Cavalier Angiolino Binelli, soul and creator of the Prize, as well as the mythical figure of mountain volunteering. The award was presented with a solemn ceremony in Pinzolo in the town hall on Saturday 22 September, with the motivation: “living testimony that solidarity in the mountains knows no boundaries and speaks only one language, beyond different idioms and skin color “. We got to him thanks to the interest of the sisters Eleonora and Veronica Campidelli of Pelugo, one of whom lives in Beijing, people whom the Award Committee sincerely thanks for their availability. Yang Chun, among his other interventions, was the protagonist of a demanding rescue operation to recover the Italian Piero Costa on the Cang mountain near the Seven Dragons waterfall. But he also organized his return to Shanghai, after assisting him in his stay in Dali hospital. Yang Chun was born on October 23, 1964 in Mindu County (Yunnan) which borders the autonomous regions of Tibet and Guanxi, with the provinces of Sichuan and Guizhou, with Vietnam, Laos and Burma: a beautiful land. With a master’s degree in “Management of the local economy” he is part of the Dali County Forestry Guard, where he now holds the position of head of the local district. He has made the values ​​of environmental protection his own, he manages the local office with excellent results with great commitment and generosity. Person of a mild and harmonious nature fulfills scrupulously the patrolling works of the protected areas of the district in order to provide relief to men and to safeguard the environmental heritage of the local flora and fauna from illicit attacks: a worthy exponent of that mountain solidarity that brings men regardless of race, nationality, religion and language.

On Friday 21st he met, as usual, with the students of the schools of Pinzolo and Caderzone in the comprehensive center of Val Rendena, to whom he illustrated his experiences by answering their questions. This year’s program also included a concert in honor of the award winner and the participating delegations in the halls of Palazzo Bertelli in Caderzone. 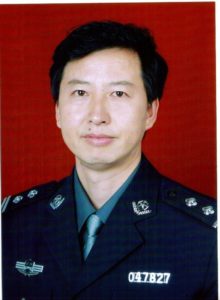 Photos of the 36th edition

Videos of the 36th edition