In this edition the Silver plaque awards a man, who has put himself on the line for the others, dedicating himself to the next also during the most drammatic moments of his life. A man who has felt on his own the pain and the suffering and who has chosen to put all his energies in the help who needs it of. The International alpine solidarity prize proves so to be a recognition of the value whom forget their own personal interests to dedicate themselves to the solidarity.

Father Joseph Hurton, Slovak refugee, has a suffered life behind him. Born in 1928 at Pressburg – Macov, by Bratislava, the Slovakia’s capitol, is marginalized from the society and the regime because of his faith. The experience in a concentration camp, which he can escape from, segna him deeply in the phisic and spirit too.

His ansiety of helping the next, arriving to the total dedition, put him far. Before Rome, where he takes the vows, then in Badia Valley and Sesto arriving in 1960 to Solda. Father Joseph begins here to develp his biggest perspective, to organize the Alpine rescue. To spring up this profect is the loss of father Gottfried Leiter, swept away from an avalanche.

Since then his life is dedicated, besides the parish, to the mountain and to the rescue who is in trouble. Becomen Solda Alpine rescue chief, he organizes free courses for young alpinists of Alto Adige and many other iniziatives.

His firm engages and his devotion makes him deserving of important honours, like the the Stella del cardo (Cardoon’s star) and the Council of Tyrol gold medal. 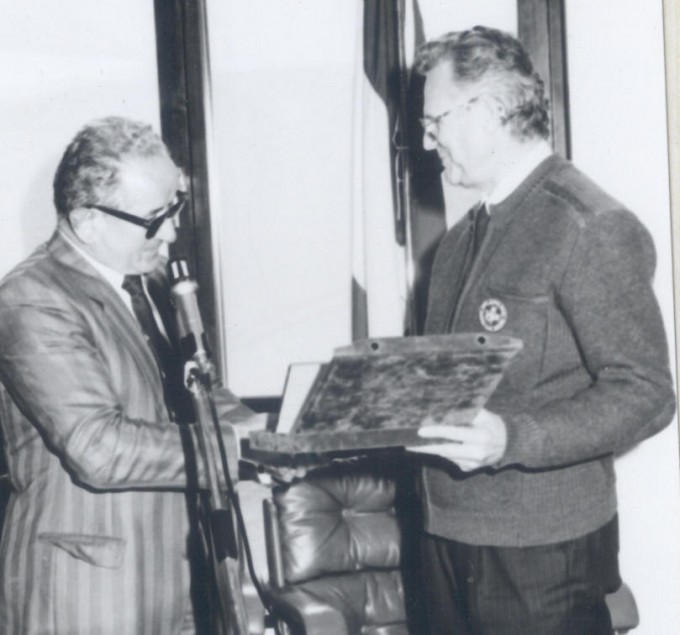