This year the organizer committee has decided to award Bruno Jelk for his high moral height, recognized in all alpine enviroment, for his big courage, shown in several and dangerous rescue operations, and for his firm and accurate scientific up-to-date about the techniques and the material used in the rescues.

Jelk has acquired, when he was young, a settled experience in mountain rescue. He has begun as Swiss rescue team’s member, getting in the time national courses tecnique director too. During his career he puts on end several rescue operations: until 1989 he had done, for the precision, 482 sorties, with 751 alive people recovered.
His engage is also turned to the test and the set up of new materials for the rescues. The popolarity of the Swiss rescuer indeed is considerable in the alpine enviroment for the particular use of the furniture during the operations in the glaciers’ crevasses. His skill in giving hurt people to the helicopter on every land is remarkable and the fame of these new rescue techniques has crossed the Switzerland borders.

Among the greeting arrived to the prize’s organizers, besides the traditional telegram of the Republic president, Francesco Cossiga, and the Council of Ministers President, Giulio Andreotti, stand out a parchment sent from the Pontiff, pope John Paul II. 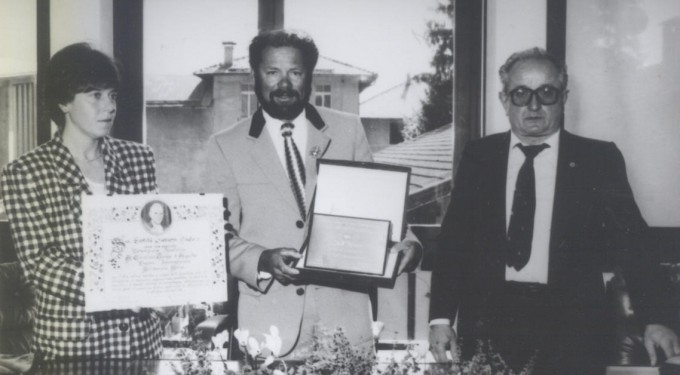 Photos of the 18th edition