Constantly engaged in the standard improvement, Clair Israelson contributes to make safer the mountain recreational activities in Canada. Member of the forest ranger body of Canada’s national parks since 1971, is a personage who has helped a lot of people in trouble. Idealist, able to move the ideas into reality, has shown his devotion to the rescue work also representing the Canada by the International alpine rescue Committee.

Clair Israelson is expert of the public safety of Parks Canada, west region of the big north american country.

Married, father of two children, is part of the national parks forest ranger body. In 1997 Israelson had to his credit 25 years of activities and a role of absolute importance in the improvement of the safety and the prevention in mountain. During these years he has taken part in more than 350 mountain rescue operations, in extreme conditions, with temperature which reach 40 grades under zero and the wind blowing at more than 150 km/h.

Since 1974 until 1991 he has directed one of the more binding rescue programmes in Canada as public safety chief at Lake Louise (Alberta) where, among other things, is artificer of the avalanche check programme in the skiing area. As well has contributed to the adoption of a safer equipment for the helicopter rescue system, he has trained foresters and alpine guides and has been indispensable in the preparation of specialized managements of alpine staff.

The 6th of March 1997 the International Alpine Solidarity Prize has made a stop to the Quirinale. The president Oscar Luigi Scalfaro has thanked the committee and in particular Angiolino Binelli for the initiative which is a high demonstration of altruism reminding of the value of solidarity that, as he has underlined, “has value not only for the mountain rescue but also for all the national and worldwide reality”. 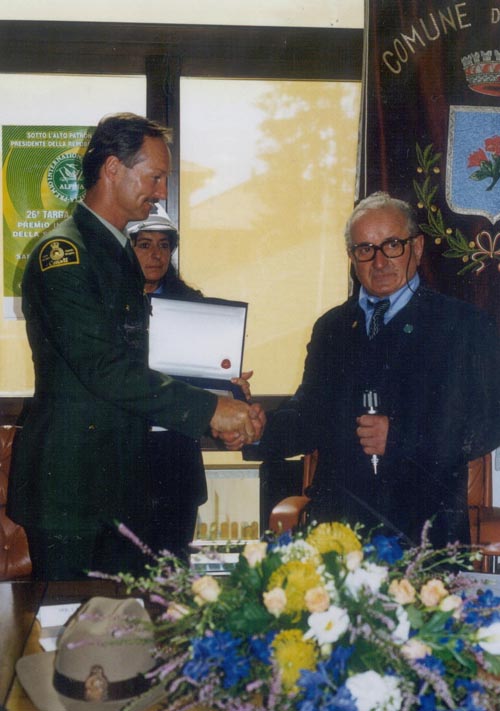