In occasion of the Mountain international year and of the 50th anniversary of the Trentino alpine rescue, founded in 1952 by Scipio Stenico, the Alpine solidarity prize is given to the alpine guide, policeman and Sac alpine rescue station of Oberhasli Otto von Allmen, who lives in Meiringen, a little town in the heart of the Switzerland. Otto von Allmen, since when he was young, felt a strong attraction for the mountain, obtaining, when he was just 22, the Alpine guide certificate after attending successfully the first rescue course in Graubuenden Canton. In the same time, in 1970, he takes part to the first rescue on the Direttissima of the Japaner, a classic Nord wall where a Japanese climber was in trouble.

Since then he have done more than 250 operations with ths team, which Otto wants to rememeber because, as he said: “in alpine rescue the single actions are almost negligible because we depend one on another and so is right to share the success”.Von Allmen is also avalanche dogs instructor, technician to the Long Line courses, assistent in the helicopter rescues, speaker in many lectures and host in many documentaries on the alpine rescue. He has also saved many animals, like, for example, dogs felt into gorges or sheep swept away form a snowslide.

A commemorative gold medal is given to Stefano Gottardi’s parents, a custom officer who lost his life the 20th of February in Senales Valley while searching for a missing skier.In Pinzolo, where the Trentino alpine rescue was born, is mounted an exhibition of historic documentation “A mountain of solidarity – 50 years of the Trentino alpine rescue” for remembering the mosto meaningful moments, which has characterized the birh and the growth of this important reality.

At the end of the International alpine solidarity prize’s celebrations a meeting has taken place with the title “Beyond solidarity, reflections on the reality of the mountain rescue”, while are analyzed the changing happened in the Alpine rescue during this 50 years and are shown the possible new ways for the future.

At this edition has also partecipated Asylbek A. Aidaraliev, plenipotentiary ambassador of Kirghizistan, the promoter country of the Mountain international year. Thanks to him is going to propose to the UNO that every year is celebrated the mountain rescuer day. 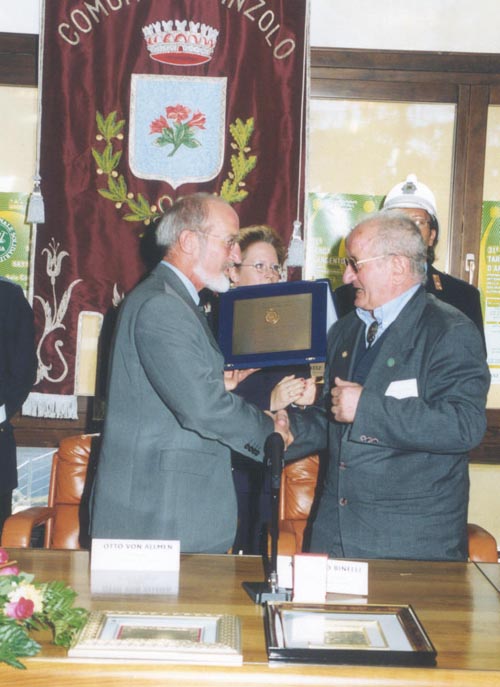 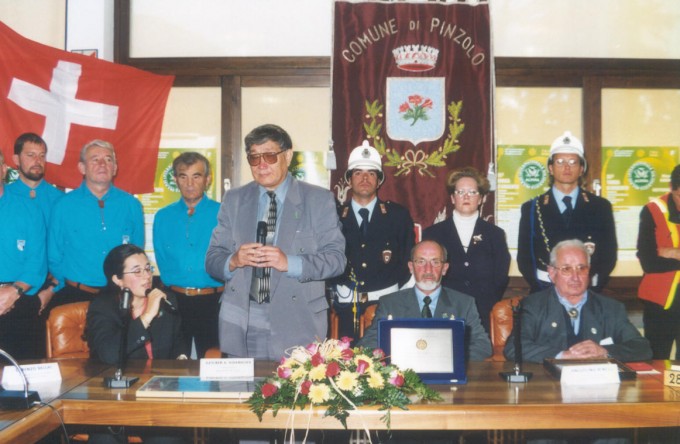