The International Alpine Solidarity Award returns to Poland. After the one assigned to the unforgettable figure of Karol Wojtyla the President of the Committee cav. Angiolino Binelli and his collaborators have decided to assign the Silver Plaque, which has reached its 38th edition, to Roman Kubin, a deserving member of TOPR, the Polish national mountain and cave rescue organization that will celebrate October 29 the first centenary of its foundation. It honors a character of rare humanity and great competence, specialist in cave rescue. He was born on March 11, 1953 in Zakopane. Since he was a boy he went to the mountains, taking an interest in the Tatra caves in particular. From 1974, already as an official member of the Speleoklub Tatrzanszki, he began to explore the underground world of the Tatras. He initially worked at Centralny Osrodek Sportu in Zakopane, a national sports body, where he dealt with technical assistance for competitions and was the promoter of the use of electronic time measurement devices and audiovisual equipment. In 1981 he became a member of the TOPR and ten years later a professional rescuer. He specialized in cave rescue. The most difficult and risky underground actions of the TOPR in the last twenty years have been conducted under his guidance and with his direct intervention. As a member of the Tatras Rescue he took part in over 700 rescue expeditions when the average number of rescuers in operation is around 100 expeditions. An important aspect of his business was his instructor job. He trained practically all cave rescuers currently in service. He also dealt with the training of colleagues from the Slovak Horska sluzba. He is in possession of the TOPR senior instructor degree. In July 2008 he retired. To all his abilities and merits must be added the qualities of a simple, calm, self-possessed, peaceful man. He knows how to direct a group of people who operate in extreme conditions. He would never admit it, because he is an extraordinarily modest person.

The award was given to him with a solemn ceremony in Pinzolo in the town hall on Saturday 19 September at noon with the motivation “to Roman Kubin, a humble and generous life as a protagonist, of the rescue in the mountains and inside his bowels”.

The choice of his person also wants to mean the adhesion of the Prize to the mutual aid programs in the search and experimentation of rescue techniques carried out by the memorandum of understanding between the Alpine Rescue Corps of Poland, Slovakia and Italy signed in Trento in the building of the province in 2008 in Trentino, an initiative that has already given remarkable results in terms of joint interventions.

As scheduled, on Friday 18 the award winner met, together with a delegation from the Polish Alpine Rescue, the pupils of the schools of Pinzolo and Caderzone in the comprehensive center of Val Rendena, to whom he illustrated his experiences by answering their questions.

On Friday evening, an evening for the presentation of the “Sicuri in montagna” project was held in the meeting room of the civil protection: a permanent campaign for the prevention of accidents in the mountains, by Elio Guastalli, responsible for Sicuri in the mountains of the C.N.S.A.S. and the screening of the film presented at the 2009 Review of Trento Film Festival KARL by Valeria Allievi, awarded with the Golden Gentian City of Bolzano 2009 and the Mario Bello 2009 Award. The film tells the tragic death of Karl Unterkircher, in July 2008, during the expedition to the inviolate Rakhiot wall of Nanga Parbat. Extreme mountaineering, risk and tragedy.

On Saturday 19th, after the usual meeting in Piazza San Giacomo and tasting of typical products, the numerous guests went to the council hall of the Municipality of Pinzolo for the delivery of the 38th Silver Plate. 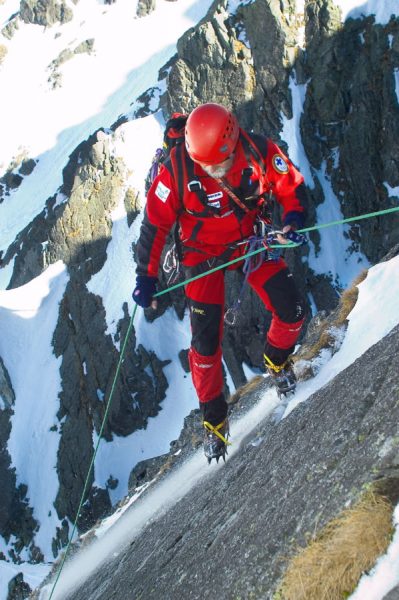 Photos of the 38th edition

Videos of the 38th edition