The Solidarity Award for an extraordinary figure of woman, a Silver Plaque “tribute to generosity, courage and tenacity”.

The 45th edition of the Silver Plaque – International Alpine Solidarity Award was delivered with a solemn ceremony, held on Saturday 17 September in Pinzolo in the Town Hall, in Pasang  Lhamu Sherpa  Akita, the first female mountain guide in her country in recognition of generosity , to the spirit of sacrifice and to the organizational skills with which she had worked – and still continues to do so – in the relief provided to her people on the occasion of the huge earthquake that devastated her land in the spring of 2015. Born in 1984, with a great history of mountaineering  (she climbed Everest, was the first woman to reach the summit of K2 and climbed the 7321 meters of the Nangpar Gosum, accompanied expeditions to Nepal, Pakistan, Argentina on Aconcagua, the mountains of USA and on the French sides of the Alps). She was the first mountain instructor in Nepal and is an international mountain guide.

She managed to set up 9 medical camps because of the earthquake which had  just happened, helping 1,200 patients. After the earthquake, she devoted herself body and soul to helping by organizing a network of interventions in favor of those who had been affected by the huge tragedy, providing medicines, food (120 tons!), Shelters, towels, blankets (14,000!) Kits for women waiting and she is still finding herself engaged in these initiatives.

In the same ceremony, Piergiorgio Rosati, pilot of the Autonomous Province of Trento Helicopter Core, was awarded with an artistic floral composition designed by Mastro 7, which was praised by the Committee for the generous commitment in helping the people of Nepal the next day of the terrifying earthquake that shocked that land. For years he has dedicated his free time to helping that population and in that terrible circumstance he worked hard to supply the villages destroyed at higher altitudes with rice and tents and  brought  the most seriously injured to the valley.

For the forty-fifth time Pinzolo was, for a day, the meeting place of those who put their lives at risk in the mountains all over the world to save that of others, all people of great human sacrifice, brave men, altruists;  that without the prize invented by Angiolino Binelli they would have remained anonymous. In order to instill and spread these values ​​among young people, Pasang and Piergiorgio met in the auditorium of the PalaDolomiti as usual in a friendly dialogue with the students of the Comprehensive Institute of the Val Rendena.  As usual, students from the school buildings of Pinzolo, Darè, Spiazzo, Caderzone, Giustino, Carisolo and Madonna di Campiglio, gathered together  for this  important appointment, which the Award Committee has always held  for its educational value and education in the spirit that animates those living in mountains  or  frequenting  it, an initiative aimed at the very young because it is from them that we must begin to build that solidarity that the whole world needs today.

On the evening of the same day, always in the PalaDolomiti, crowded as ever, meeting of the protagonists – who illustrated with videos the effects of the tragedy that struck Nepal and their interventions – with the villagers and with the “mountain people”.

The ceremony for the delivery of the Silver Plaque in the Council Hall of the Town Hall, introduced by the Choir Presanella and followed by the interventions of the personalities, starting with the greeting of the Mayor,  Michele Cereghini, was extremely suggestive, as always. His few words, sober and effective, as a mountaineer. He recalled  some events of the recent earthquake that destroyed central Italy, the role of Pinzolo in the field of mountain rescue, the compliments with the award winner and with the organizers. So Angiolino’s heartfelt words: “you love the mountains, those who live it and those who dedicate the best of themselves to help those in difficulty!”, The embrace and the delivery of the Plaque to Pasang  Akita and the edelweiss to  Piergiorgio  Rosati, the thanks from Sherpa, “honored to have been chosen to receive such a prestigious award, the most beautiful day of my life …. I met people like mine, who love the mountains …”. The speeches of the President of the Province Ugo Rossi,  Senator Franco Panizza,  Councilor Mario Tonina,  Franco De Battaglia for the Filmfestival  and other personalities followed. Recognitions for the value of the initiative, expressions of complacency and exhortations to continue along the path traced by Angiolino characterized the speeches.

To continue an elegant convivial moment at the Hotel Olympic where the attendees had thanked the members of the Committee and in particular Fabrizia Caola, a point of reference for the entire organization. 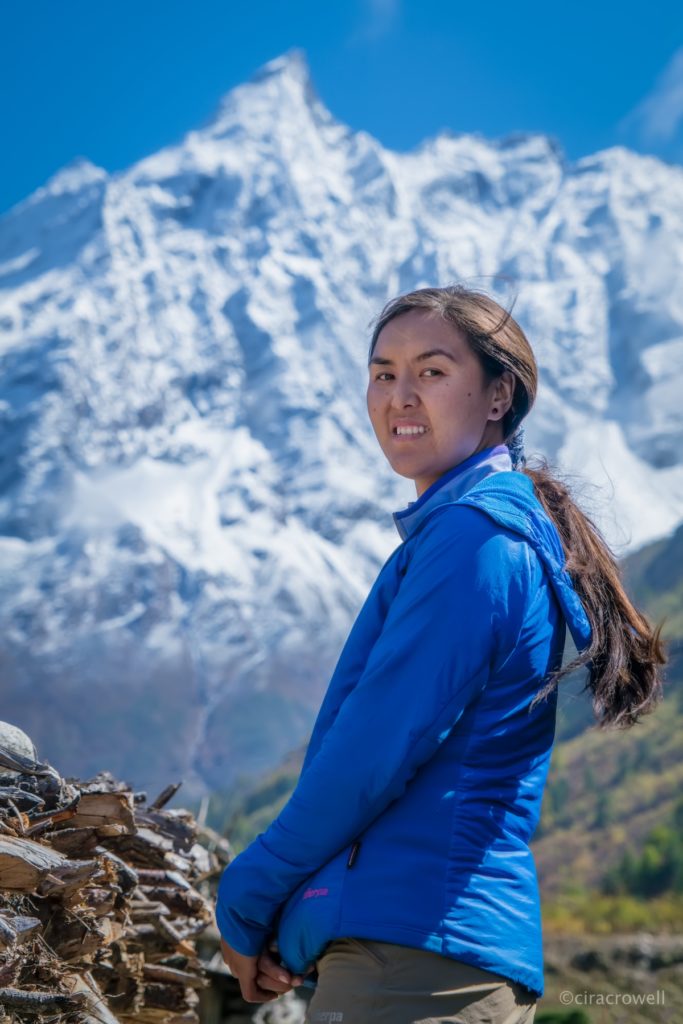 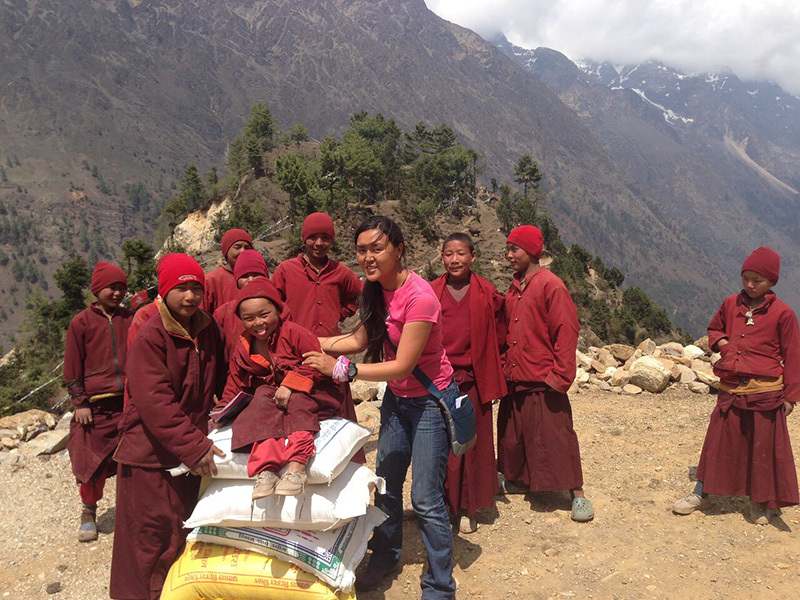 Photos of the 45th edition

Videos of the 45th edition