Almost twenty years after it was awarded to Janez Brojan, the silver plaque of the International Alpine Solidarity Award returns to Slovenia, a land of simple, strong and generous men, ready to put their lives at risk to save that of the next, to help those who were in difficulty and to spend themselves to educate those who face the mountain and to train those who dedicate themselves to mountain and speleological rescue.

After evaluating the numerous reports received from all over the world, the Award Committee unanimously decided to accept the proposal presented by Igor Potočnik, president of the Alpine Rescue Corps of that nation, and awarded the 46th Silver Plaque to the psychologist Žarko Trušnovec, “a good man, of rare sensitivity and profound knowledge, who has made available to others all his knowledge, his energies and his great professionalism without ever asking for anything for himself”.

His activity was not limited to the mountain environment, with the role of rescuer (in Tolmin station since 1981, of which he will become head from 2001 to 2015 participating in person in 551 rescue operations often with the helicopter), as trainer at Alpine Rescue of Slovenia and the Department of Civil Protection, psychologist during expeditions (Everest, Pamir, Mont Fan, Andes) but He also turned to young drug addicts to help them get out of addiction and its terrible consequences. Despite serious personal experiences, he still carries out humanitarian work. He is a fighter who fights with the stressful  moments of life and who connects his personal experiences with professional knowledge and then transfers them to others.

The delivery of gold medals to the memory of the families of the five rescuers (Walter Bucci, Davide De Carolis, Mario Matrella, Giuseppe Serpetti, and Gianmarco Zavoli) who had fallen by helicopter during a rescue operation in Abruzzo was touching. “May their remembrance, their willingness to help others be accepted by those who today are carrying out the ideals in which they believed.” Finally, a special thank you to the members of the Award Committee present in the classroom together with the encouragement not to let such a prestigious event fail. The president Cav. Angiolino Binelli, 83 years old !, assured his presence until the 50th edition.

The program of the event included the traditional Friday meeting between the prizewinner and the pupils of primary and secondary schools of the  Val Rendena  Comprehensive School and a welcome evening in honor of the guests. 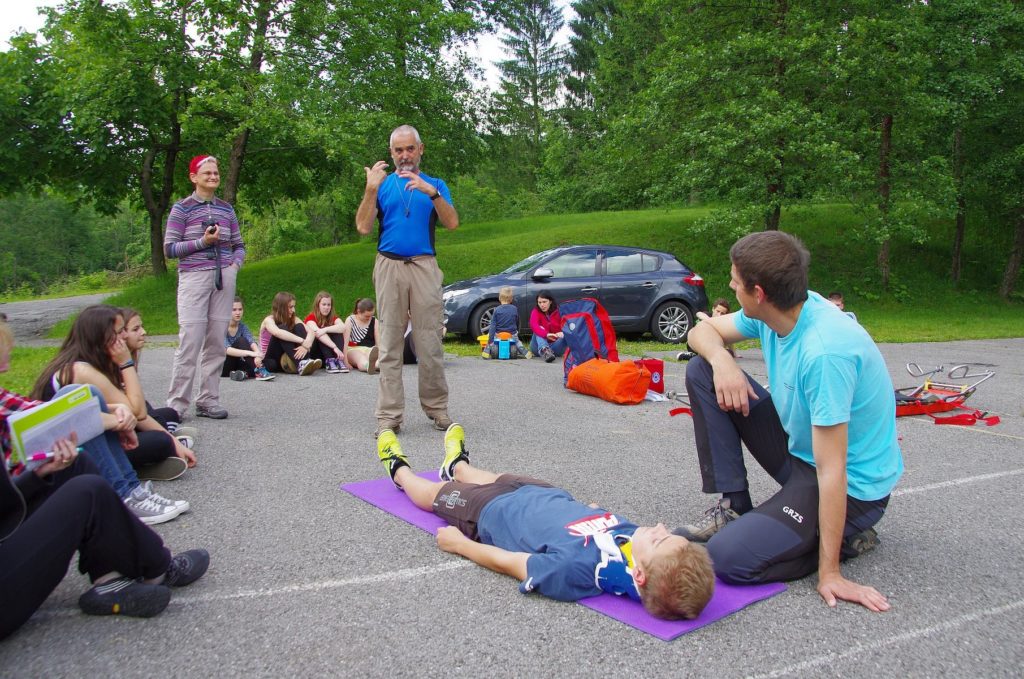 Photos of the 46th edition

Videos of the 46th edition