After the nomination of the Mountain rescue committee of the Guardia Civil’s Spanish mountain sport and climb federation is prized Miguel Dominguez Martinez, Spanish alpine guide and capo primiero of the Spanish body.The prize to the lance-caporal Martinez is also a recognition for all the Spanish federation “de Deportes de Montaña y Escalada” born in 1976 in the Guardia Civil’s circle with the aim to intervene, but in particular to forestall, the incidents and watch over the ones coming in mountain.

Married, with two daughters, Miguel Dominguez Martinez is for 21 years in the Guardia Civil. During his carreer, the lance-caporal Martinez, who lives and works in Boltana (Huesca) at the foot of the Pyrenees by the Guardia Civil’s local station, has took part in many operations, some to the human possibilities limit.

His experience, his vocation and love for mountain make him protagonist of rescue operations of every difficulty degree and with every climatic condition. 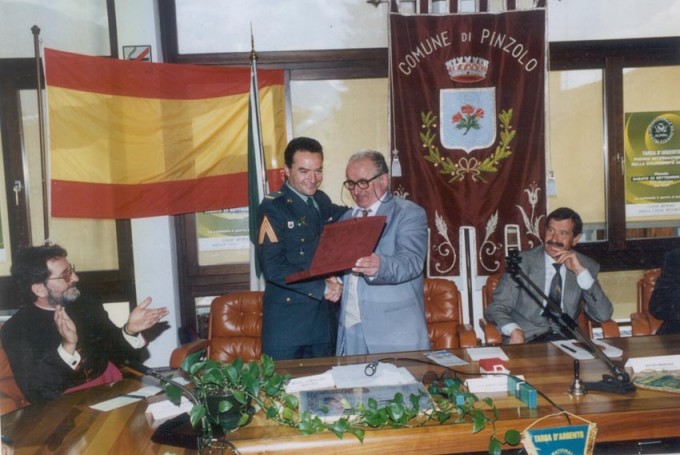 Photos of the 24th edition